Huntsville natives, James W. and Lucile Johnston, founders of Johnston Concrete Products Company, purchased the current park acreage as a refuge for their family. Wanting to share the family’s love for the great outdoors, Mr. Johnston, a former TVA civil engineer, dammed and stocked the lake with fish and opened a field for local baseball games.  The Johnston Family bestowed the property to the Madison County Commission in 1978. Sharon Johnston Park located in the New Market community, opened to the public on June 6, 1981.
Located just 20 minutes from downtown Huntsville, Sharon Johnston Park is a 250 acre retreat nestled in the rolling hills of northeast Madison County. With its stone and cedar fencing, the forested park reflects the early settlement look of New Market, the pioneering community of Alabama.
Originally slated to be a model of a working pioneer farm, the property was eventually developed as an outdoor, recreational park boasting many amenities. Operating under the auspices of the Madison County Commission, the park promotes outdoor activities for all citizens in a clean and family-friendly environment. Whether you are looking for a place to exercise, relax in the outdoors, host a family reunion or birthday party, enjoy nature, take in an event, or compete in a sports activity, Sharon Johnston Park is the place for you.

In Memory of Sharon Ann Johnston 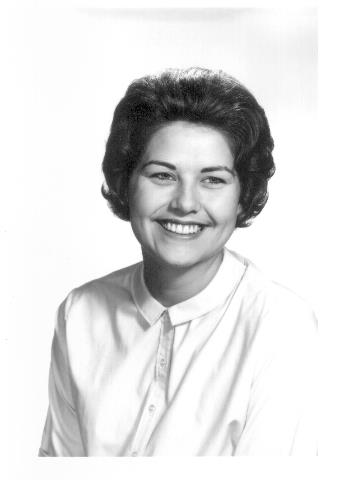 Sharon Ann Johnston was born May 9, 1943, in Sheffield, Alabama, to James W. and Lucile W. Johnston. A year after her birth, the Johnston Family moved to Huntsville, Alabama where they founded Johnston Concrete Products Company. Sharon attended Mary Bierne Darwin’s McClung Street Kindergarten, Fifth Avenue Elementary School, Huntsville Junior High, and Huntsville Senior High. She was an active member of her church, Church of the Nativity in Huntsville. Upon graduation from Huntsville High, Sharon enrolled in Southwestern in Memphis (present day Rhodes College). After two years in Memphis, Sharon transferred to the University of Colorado graduating Magna Cum Laude with a degree in American Literature. She was also a member of Mensa International. After graduating college in 1965, Sharon settled in Gold Hill, Colorado, and would rise early for flying lessons before going to work in Boulder as a legal secretary.  She was married to playwright and director Jack Liethoff from 1967 to 1973.

Sharon had a passion for flying. She was friends with the commander of Buckley Air Force Base, and he helped her acquire her flying license and become FAA qualified. Eventually, she migrated to aerobatic flying and racing. After flying in rented or borrowed planes, Sharon was able to purchase a 1973 Bellanca single engine plane, her pride and joy. She was a member of the International Aerobatics Club and rallied to get the sport in the Olympics.

On September 8, 1974, Sharon Johnston was tragically killed while performing an aerobatic maneuver in her Bellanca at the South Weymouth Naval Air Station in Massachusetts.

Mr. Johnston had purchased land in northeast Madison County as a place for his family to relax and enjoy the outdoors. The family called the little lake “The Laughing Place”. As a tribute to Sharon’s life, the family donated the property to the Madison County Commission. In 1981, Sharon Johnston Park opened to the public as an outdoor, recreation park in memory of Sharon Ann Johnston, daughter, sister, scholar, aerobatic pilot.